Can I Cut Off My Parents, Then?

Is God’s design for marriage in Genesis 2:24 grounds to cut off my parents? After all, He calls me to leave them in order to create and prioritize a new family.

While it’s vital to every one-flesh union to leave behind anything that threatens unity and intimacy, that does not justify cutting off our parents.

Please don’t hear this command to leave father and mother as an excuse to treat your parents with anything less than the highest honor God calls you to show them. This command does not grant you grounds to cut off your parents—even if you consider them “toxic.”

While Moses wrote Genesis 2:24 through the inspiration of the Holy Spirit, he also recorded God’s law in Exodus 20,

“Honor your father and your mother, that your days may be long in the land that the Lord your God is giving you (v. 12).”

This particular command stands out for a number of reasons. It:

The call to leave your father and mother doesn’t grant you permission to thank your parents for footing your wedding bill and then cut off communication with them. Rather, it’s a call to prioritize your relationship with your husband, due to its one-flesh nature, over any other human relationship.

But you and I still have a weighty, God-given responsibility toward our parents. Not only was the “honor your father and mother” command your first relational responsibility in life; it’s also a lifelong calling. You no longer need to obey your parents like when you were five, but you still must treat them with honor. 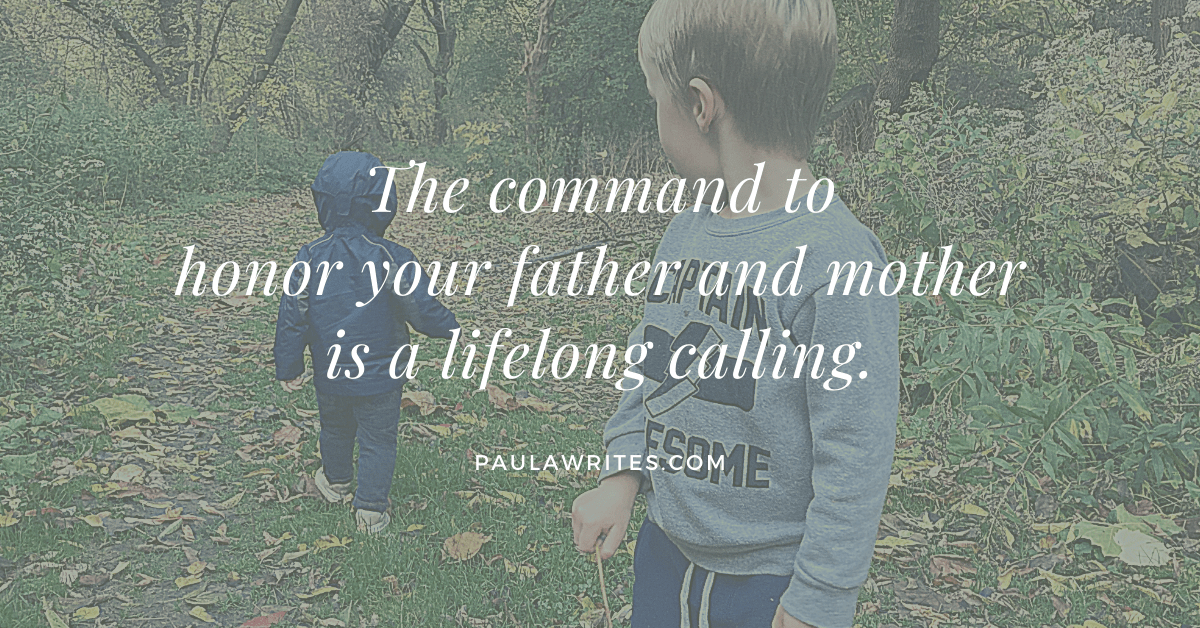 I think my friends Dave and Megan display that beautifully in a difficult situation.

Due to financial struggles, Dave and Megan moved in with their parents a few months after marrying. However, when Dave and Megan began considering a long distance move, their parents tried guilting and manipulating them into staying. One day Dave confronted them about these toxic patterns, and his dad ordered him out of the house telling him never to come back.

Dave and Megan moved, and the lines of communication opened up again with their parents. After Dave and Megan purchased a home, unforseen problems came to light, and the renovation costs skyrocketed.

While Dave and Megan desperately needed the money, they declined their parents’ offer. They felt uncomfortable with the control they continued to exhibit. Also, Dave and Megan wanted to open their guestroom to lots of people, not only his parents.

When I asked Megan if she ever wanted to cut off her parents, she said:

I really wanted to cut off my parents; We considered it. But when Jesus says to honor your father and mother, I just don’t know how we could justify cutting them off when our safety is not at stake.

Instead, we agreed to pray for them. We actually interact with them frequently because of our daughter; I think it’s important to allow them some kind of relationship with her.

The main thing that’s changed is not seeking their input about parenting and financial decisions, because it’s not in alignment with the values we hold. It’s like a choice between listening to God’s voice versus their voice. We can honor them without seeking and following their counsel. 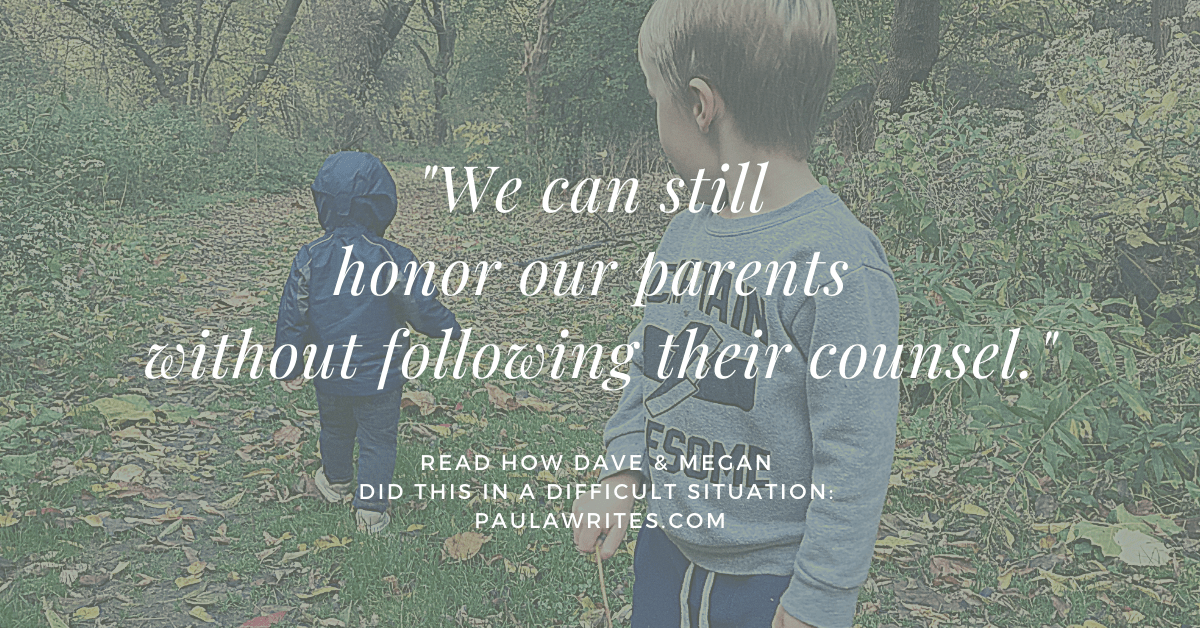 What Does It Look Like for You to Honor Your Parents?

I’d love to hear from you. Have you considered cutting off your parents? What does it look like for you to prioritize your husband while still honoring your parents?