Friends Mourn and Celebrate Together 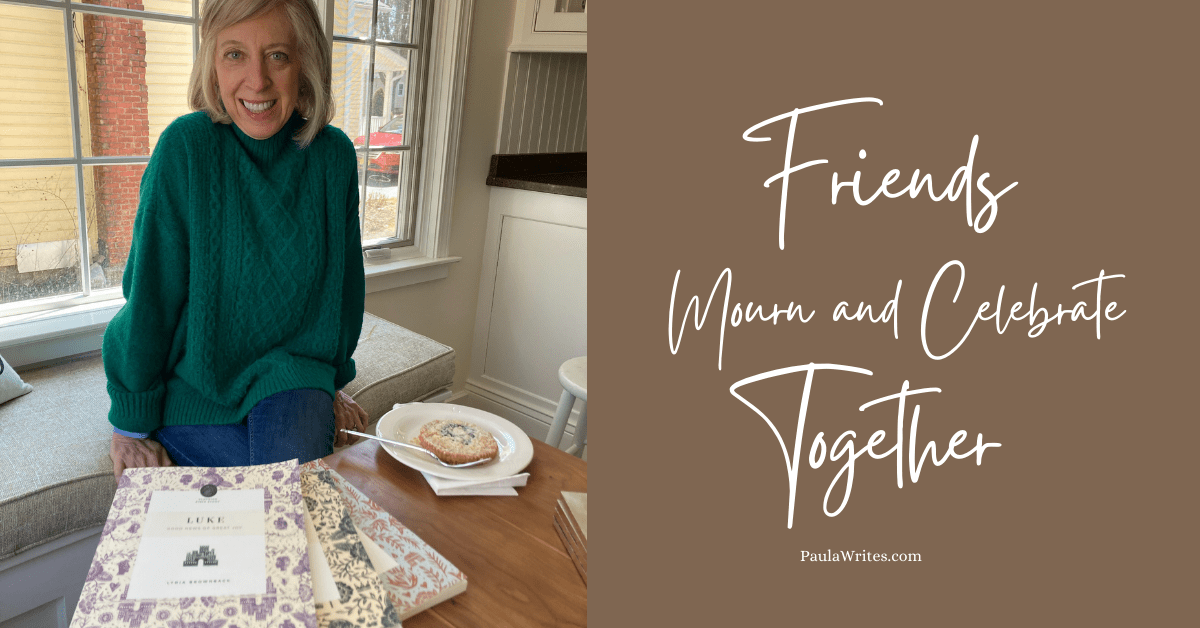 I dialed her number as soon as I scanned her email. “Great balls of fire!” I greeted her (well, something like that).

The relief in her voice was apparent, “I didn’t know if I should forward the email to you, but then I thought, ‘Yes, she’s my friend.’” END_OF_DOCUMENT_TOKEN_TO_BE_REPLACED

Pursue Your Dreams at What Cost?

Plants have a way of letting you know they need more care; families too. END_OF_DOCUMENT_TOKEN_TO_BE_REPLACED

Are you frustrated in ministry? Do you sometimes think, My ministry is insignificant compared to hers? Yep, me too. Been there, done that. If you’re feeling frustrated that your life and/or ministry isn’t as “big” as “hers,” this post is for you. END_OF_DOCUMENT_TOKEN_TO_BE_REPLACED

A Bold Conversation with the Top U.S. Sex Worker

A few months ago, I received an email asking if I’d be willing to have a conversation with a sex worker on the new podcast, Honest Discourse, Why me? I wrote back. END_OF_DOCUMENT_TOKEN_TO_BE_REPLACED

Anne Steele (1717–1778) was the first significant female hymn writer in history and supposedly the most popular Baptist hymn writer in the history of the church. END_OF_DOCUMENT_TOKEN_TO_BE_REPLACED

Have you seen the meme “rustle my jimmies”? It came into use in 2010 and expresses strong emotional angst toward someone else’s post on the Internet. As a blog manager for the past seven years, I’ve observed my share of “jimmy rustling” in the comments section—on this blog and on other blogs. Yes, it appears even Christians get their jimmies rustled from time to time. END_OF_DOCUMENT_TOKEN_TO_BE_REPLACED

If you’re interested in public speaking, here’s an interview Leslie Bennett did with me and Trillia Newbell before we participated in the “Speaking to Transform Lives” panel at the upcoming Revive ’15: Women Teaching Women Pre-Conference. END_OF_DOCUMENT_TOKEN_TO_BE_REPLACED

How I Met My Husband

After writing Confessions of a Boy-Crazy Girl: On Her Journey from Neediness to Freedom, I had another unexpected opportunity to trust the Lord. All of a sudden, guys started coming out of the woodwork showing interest in this self-proclaimed, formerly boy-crazy girl.

END_OF_DOCUMENT_TOKEN_TO_BE_REPLACED When the Holy Spirit Interrupted My Shopping Spree

Funny, for a long time I’d prayed, “Teach me to fear You,” but I certainly never expected God to answer my prayer this way. END_OF_DOCUMENT_TOKEN_TO_BE_REPLACED