Well, here we are, waiting with bated breath to learn who won the presidential election. As you wait, be encouraged: God waits too. END_OF_DOCUMENT_TOKEN_TO_BE_REPLACED

Nothing Is Going My Way 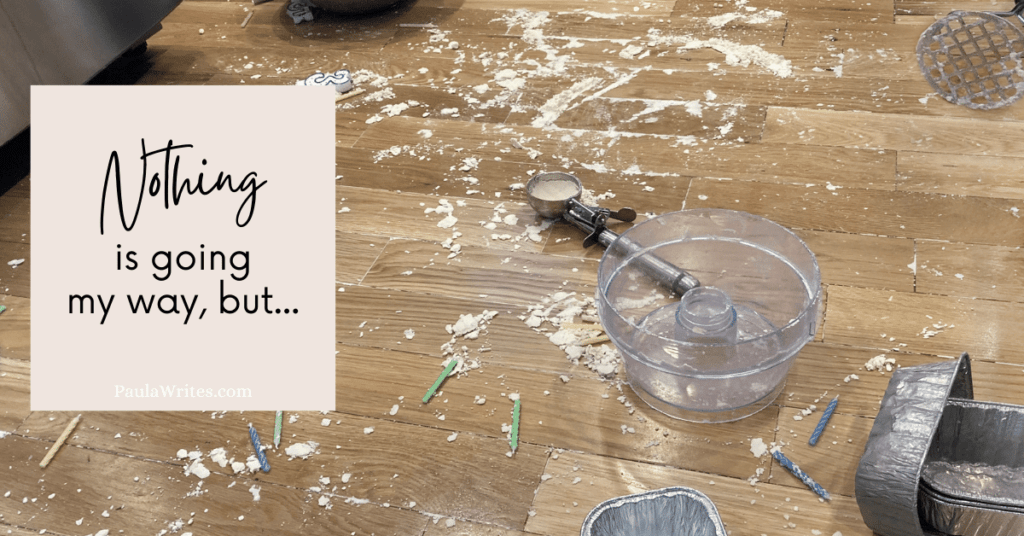 Maybe you’ve clued in to the growing debate over assisted suicide, a debate about whether to allow patients the legal option to end their life. I predict we will hear more and more that assisted suicide is compassionate, that quality of life trumps sanctity of life every time. We say we want to end suffering . . . but at what cost?

A couple years ago a beautiful, young woman started a global conversation about “death with dignity” when she ended her life after she was diagnosed with stage 4 brain cancer. I want to make sure her voice—and ultimately her choice to take her life—is not the only voice and choice you’re hearing about.

Would you allow me to introduce you to a few of my heroes who know what it is to suffer, to cling to God in trust, and to lead a purposeful, fulfilling life?

Joni Eareckson Tada became a quadriplegic at seventeen, during an unfortunate diving accident. As if that weren’t enough, she continually feels crippling pain and is a breast cancer survivor. Instead of wanting to end her life, though, she has led one of the most beautiful, surrendered, servant-hearted lives I have ever seen.

She has become an advocate for the disabled around the world—among other things—providing wheelchairs for those who otherwise would be confined to their beds.

Just this month I emailed Joni about a work project. In her response, she included this personal update:

I’m always fascinated at the way God works in our lives. I’ve been in bed for the last five days healing a stubborn pressure sore, but oh, what a rich time of communion with Jesus! Hopefully, by tomorrow, I may be able to sit up. Prayers are always appreciated!

Now that is the kind of woman I long to become.

If it is sickness that brings me closer to Jesus, then it is a gift, and I am so thankful for it.

Katie Laitkep is a sweet, new friend. After ten years of pain and no answers, she was finally diagnosed with chronic neurological Lyme disease in 2010 and has been undergoing treatment ever since. In spite of symptoms continuing daily, she teaches hospitalized children and others unable to attend school in a traditional setting. She is a beautiful writer who blogs about the Lord’s perfect faithfulness in chronic pain.

“I will always long for health,” she says, “but if it is sickness that brings me closer to Jesus, then it is a gift, and I am so thankful for it.”

Meet Ian, A Survivor Left with a Brain Injury

I do not know Ian and Larissa personally, but their story has brought tears of wonder to my eyes. Ian and Larissa met at college in 2005 where they fell in love. In September of 2006, on his way to work to earn money for an engagement ring, Ian was involved in an accident that left him with a brain injury.

Four years later, they did marry, even though Ian could barely talk and couldn’t walk. After that came a book deal and lots of opportunities to share Jesus with the world. Watch their story here, and marvel at their selfless love for one another.

I’ve never met Jay and Katherine in person, but their story speaks volumes to me. Katherine, a former model and new mother, survived a massive brain stem stroke that nearly took her life. She spent forty days on life support, two years in brain rehab, and was left with a severely disabled body.

Watch any of her videos, though, and you will see that she is full of life and laughter. Her husband stayed with her through it all. They have two sons, and they’ve written a book together. And—in what she calls “upside-down kingdom irony”—Katherine just landed her biggest modeling job to date. Does that sound like a life lacking . . . quality?

Our Heroes and Our Teachers

All these “broken,” suffering people have pointed me—the supposed “healthy” and the “whole”—to the ultimate freedom and joy offered by Christ.

Please do not believe the lie that these people would be better off to end their suffering early and die. They are fulfilling God’s purposes, bringing great glory to Him, just as this blind man did:

And his [Jesus’] disciples asked him,“Rabbi, who sinned, this man or his parents, that he was born blind?” Jesus answered, “It was not that this man sinned, or his parents, but that the works of God might be displayed in him” (John 9:2–3).

Please Don’t Kill Our Heroes was originally posted on LiesYoungWomenBelieve.com.